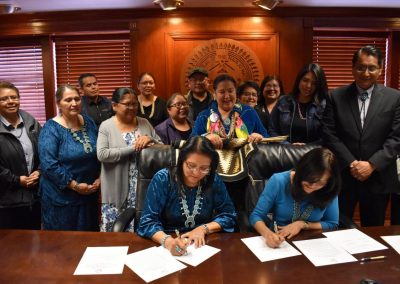 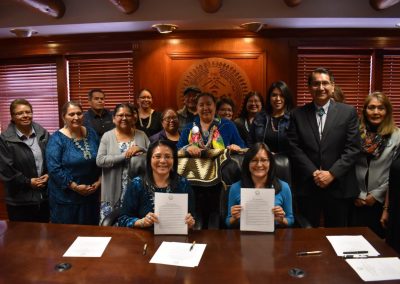 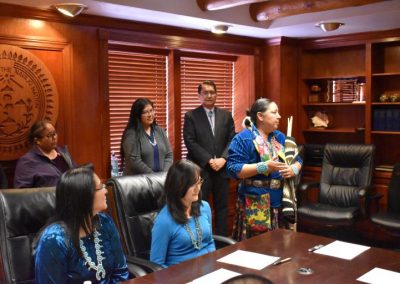 The proclamation, signed at the Office of the President and Vice President, recognizes the devastating impact that sexual assault and sexual harassment has on Navajo people and recognizes that the crimes of rape, sexual assault, and sexual harassment cause undeniable and ongoing harm to Diné families and communities. “Sexual assault and harassment impact far too many of our Native women. It’s important that we support one another, especially when an accusation is made – it’s critical that we address and investigate those situations to their fullest extent,” said First Lady Nez.

Sexual Assault and Harassment Awareness Month calls on all community members to help prevent sexual violence and support survivors of sexual assault by promoting the values of healthy relationships, equality, and respect. The Proclamation directs Executive Branch Divisions, Departments, and Programs to implement sexual harassment training for all employees. OPVP joins advocates and communities across the Navajo Nation in acting to prevent sexual violence, and Diné citizens to recognize each day of the year as an opportunity to create change and foster hozhó for the future.

Back to News
Manage Cookie Consent
We use cookies to optimize our website and our service.
Manage options Manage services Manage vendors Read more about these purposes
View preferences
{title} {title} {title}